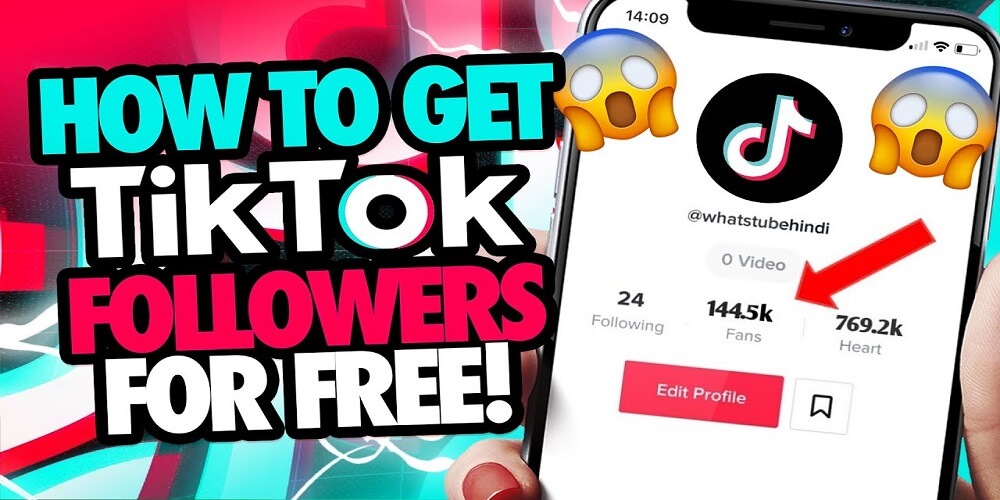 The social media platform, TikTok, came as a big surprise. It sprung up and began to take the teenage online world by storm. Thousands of videos from across the globe began to flood the app every second, making it almost impossible to catch up. If you just joined the TikTok family, know that it’s not a bed of roses. You have to be consistent if you want to gain fans and followers.

Now, you want to gain TikTok fans. You posted a lot of videos on your page hoping to get followers, but they trickle in bits by bits every day and you’re beginning to feel frustrated. The truth is, you shouldn’t be. There are several ways to get TikTok fans in a short space of time.

Here are some things you can do to make this happen. Shall we?

How to gain TikTok fans

1. You have to be original

TikTok works uniquely. Unlike other social media platforms, you won’t excel on TikTok if you aren’t original. People follow others because of their originality and because of what they’re willing to bring to the table. It doesn’t matter the niche you’re in, and the uniqueness doesn’t have to be complicated.

All followers need is a little twist that can be added to a simple concept, and you’re good to go.

The TikTok algorithm is almost similar to that of YouTube. It recommends videos to viewers based on watch time, engagement, shares, and audience retention. When you create original videos that appeal to people, there is every likelihood that your engagement and watch time will increase, and your video will be shared across all other social media platforms.

But how will all these happen when no one can find your video, or if you have only 2 videos in your name?

Do you wonder how lots of songs became popular? Many people used them for TikTok videos. TikTok is built on the foundation of music, so you have to harness it. The app comes with an entire library of songs that suit any purpose, so why don’t you use it?

This doesn’t apply to your taste in music. You may like the Beatles, but those kinds of songs don’t make waves on TikTok. You have to use songs in the library or songs that are popular if you want your videos to trend. If you’re searching for popular or recommended songs, do well to visit the For You section.

Duets are hugely successful on TikTok. You can’t survive as an island on any social media platform, especially on TikTok. You have to collaborate with other people. This is one of the best ways to increase your fan base and be exposed to a larger audience.

It doesn’t have to be a musical duet. It can be a duet on anything, whether comedy, rhymes, acting, etc. Ensure that you fully maximize that feature.

Reasons Why You Need A Chef’s Knife?

A Look Into The Qualities Of Peruvian Hair

How to Take Better Night Time Photos with Your Smartphone

The Rise of Digital Health

How to Attach a Garden Hose onto a Reel

Facts To Consider When Acquiring An Android TV Box

What you shouldn’t do when potty training

Beth L - February 27, 2020 0
Dogs are a fan favorite. They are cute, loyal, compassionate, cuddy, and generally very sweet. However, there are some aspects of owning a dog...